An Interesting Read on How Traditional Italian Pizzas Came About

Most of us think pizza is an Italian invention, but according to Oxford Professor Diego Zancani, both the concept and term related to this food are very old. His recent studies show that pizza has correlations to the Mediterranean “pita” and to the “pissa” of Ancient Greece. However, although the concept of pizza has been around for thousands of years, pizza introduced a variation on how it was cooked and prepared, either baked or fried while topping the dough with an assortment of ingredients. .

Pizza as a food with value in Naples, Italy was documented by a rental contract executed in 997 CE involving a house in Gaeta, Naples. The renters swore in writing to pay the landlord with pizza and pork meat as mode of payment. Professor Zancani explained that the aforementioned “pizza” might only be pieces of bread. According to the professor, the appearance of the food in 1570, was in the recipe of the Pope’s head chef, which indicated that during the period, pizza was basically a cake made of sugar and almonds.

When Did the Real Pizza Come Around?

Hundred of years after pizza was used as a way to pay rent, pizzas made in Naples during the early 18th century had transformed into bread that was baked, slathered with pork fat and topped with cheese. The addition of tomatoes as important ingredient came around only during the 1760s and from that time on, pizza became a staple food in Naples. .

The most famous breakthrough event that increased the popularity of Naples pizzas was in 1889 when Queen Margarita tagged along in the king’s visit to Naples so she could try the popular dish. According to Professor Zancani, the best pizza-maker or pizzaiolo in Naples presented the queen with three variants: the first was white with caciocavallo cheese; the second was pork fat, basil and tomatoes and the third was mozzarella, olive oil and anchovies.

It was widely believed that Queen Margarita chose the second variant, the one with tomatoes, basil, and mozzarella mainly because the color combination reminded her of Italy’s flag. The variant later became known as Margherita’s pizza and popular as it drew many visiting tourists to Naples just to get a taste of authentic Naples pizza.

President and founder of the Associazione Verace Pizza Napoletana, Antonio Pace, takes pride is saying that pizza is one of Naples’ icons as it was created there and is a staple food of families in Naples. Signore Pace says their association was in fact created in 1984 to keep the tradition of Neapolitan pizza intact. He added that Neapolitan pizza was not invented or owned by any one person as the creativity of the people in Naples is a great part of traditional Neapolitan pizzas. 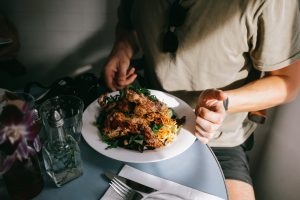